“….and unless we touch others, we’re out of touch with life.”
– Oliver Wendall Holmes, American physician & poet. 19th Century

Most of us remember the James Cameron directed 2009 epic Avatar as a technically brilliant Sci Fi extravaganza. But what fascinated me about the story was the vast neural connectivity between every living organism on that beautiful world of Pandora. A network which allowed the humanoid species called Na’vi to not only connect to every other flora and fauna on the planet but to an evolved and higher planetary consciousness called Eywa. Eywa apparently is all about deep connection , bonding and balance, termed in Na’vi language as tsaheylu, and this alone becomes responsible for the defeat of the otherwise technologically superior and better armed human army.

Sometime back I had mused on the influence of internet and social media connectivity and the shift it is bringing to our society in ‘A World of Tweeple’. A shift that is moving large swathes of humanity from traditional groupings of ethnicity, community and religion to individual ‘Me- Self’ connectivities that satisfy emotional and social needs. My crystal ball gazing showed up two paths. One leading to a frightening Matrix like future where wired to central intelligences, we access information at will in return for our innermost thoughts and beliefs on display for others to examine. The other path holding the promise of our individualism being empowered by the power of networks to achieve a utopian future.

What is it about these visions of connectivity that fascinate so? Does such connectedness somehow, somewhere, signify an aspect of yearning, an area where we see a lack? I dwell upon this. I see myself connected to every life form through that double helix structure called DNA. I see my connections in the symbiotic relationship of the air, food and water that I take in. And I also see my connections in my social needs to bond and belong.

So what exactly is lacking?

I decide to do a reality check. What is it that makes us prefer Facebook friends to real ones? Could this be because deep down we remain diffident and uncertain about our ability to ‘connect with our hearts’, so essential to blossom a real friendship? Could this be because Facebook and such social media technologies allow us to calibrate and control how much, when and where we choose to share? Something which real friendships and connections could never tolerate. Could this be the reason that as technology gives us the means ‘to connect’ more and more, we see increasing evidence of disempowering disconnect all around? As we try and escape by shifting our connectivity to gadgets and technologies than to each other……….

I once again come round to the thinking that we have indeed become obsessed with a “Me- Self” mindset. And have chosen to forget all that had our forefathers had learnt to reach this stage of societal development. Aspect of being there for each other. Aspects of trust and empathy. The need to reboot our ‘operating system’ back to “Us –Selves” from the recently acquired “Me- Self”

So I come back to the question about what could we do to steer onto the alternative path promising that utopian future?

In a recent graduation address, Nipun Mehta, the 32 year old founder of CharityFocus.org and a recipient of the Jefferson Award for Public Service, speaks of three keys that helped him to return to a place of connection.

• Key number one ‘To Give’: Contrary to what the corporate world teaches, Nipun started with the hypothesis, “Maybe Greed is good but Generosity is better”. His experience with several projects has shown that (in his own words) ‘People consistently underestimate generosity, but human beings are internally wired to give.”

• Key number two ‘To Receive’: In Nipun’s words, “With any act of unconditional service, no matter how small, our biochemistry changes, our mind quietens, and we feel a sense of gratefulness. This inner transformation fundamentally shifts the direction of our lives.” It is in giving that we receive.

• Key number three ‘To Dance’: Contrary to what most people do, Nipun says that we should never try and track what is being given or received. Instead we need to let go and tune into the rhythm. The real reward of the give and take lies not in the value of what is being exchanged but the connection which flows underneath.

To Nipun Mehta’s three keys, I wish to add a fourth one.

• Key number four ‘To be Conscious’: As conscious beings, we are uniquely endowed with awareness and imagination. Aspects which allow us to connect to the Universe. As we do this, using vehicles like Science, Art and Religion, we are able to gain the unique understanding of the “spirit” that permeates and connects all things. Much like the connectivity in Avatar, it is this spiritual consciousness that becomes our ultimate connection to everything in the universe. 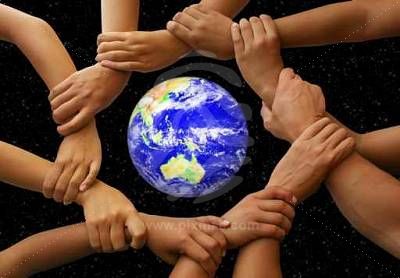 So, are we ready to give, to receive, to dance and to be conscious……… and to connect as we move through our lives?

Acknowledgement: Miserable & Magical: A Graduation Speech for Paradoxical Times– by Nipun Mehta, May 27, 2013.

63 thoughts on “Connectedness – My takeaway from Avatar”