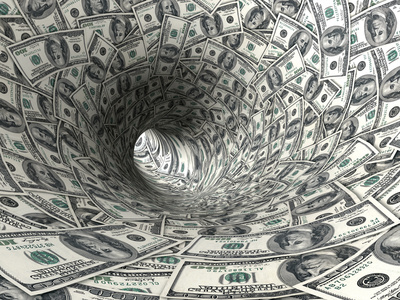 I have never failed to notice one common thread in most Hollywood disaster movies. Of a precursor to the main event whose significance is lost to all except the protagonist. And how, when the latter tries to convince the authorities about the impending cataclysm, he is ridiculed. Till it is too late.

So in Independence Day, when David Levinson discovers a signal within a signal which is counting down to the Doomsday attack of the aliens, most of Mankind prefers to think of the event as the path to Deliverance. And in Day after Tomorrow, when the paleoclimatologist Jack Hall presents clinching evidence on global warming at a United Nations conference, diplomats are unconvinced. Interestingly the audience, sitting on the seat edge comprehends the emerging situation with the main guy and one tends to leave the theatre wondering at the woodenness and ‘stuck in the groove’ mindset of the powers that be in the movie.

As I sat reading a piece on the global economic situation the other day, one aspect caught my attention.  Of how more and more Governments are raising funds against bonds. Enter the central bank ( Fed in the US, RBI in India) which buys back these bonds and credits the commercial banks through a single entry and hey presto! money has been created out of thin air. The much touted QE1 and QE2 in the US were such “money printing” initiatives. The banks sit on piles of cash which they would like to lend out. And the more such money sloshes about in the economy, the more it chases physical assets like real estate, gold etc. And before we know it, we are inside a bubble, a dangerous territory to be in.

I remain amazed at how nonchalantly the world has passed over the above real life disaster in the making. How Governments, like opium addicts, continue to indulge in QE3, QE4………. up to QEn, by which time we are sure to be overwhelmed by hyperinflation. And how the interest payments on the borrowings are becoming unbearable and sending whole economies into a vicious tailspin. What a huge problem China, with its three trillion dollar reserve in US treasury, is facing due to a looming bond crisis. Or how an aging population in developed economies are finding their pension systems increasingly under threat. As people watch in horror their life savings getting eroded to near nothing.

Keynes in his 1919 essay on Inflation quoted Lenin, the Communism ideologue, as saying, “The best way to destroy the capitalist system was to debauch the currency. By a continuing process of inflation, governments can confiscate, secretly and unobserved, an important part of the wealth of their citizens……………………………. As the inflation proceeds and the real value of the currency fluctuates wildly from month to month, all permanent relations between debtors and creditors, which form the ultimate foundation of capitalism, become so utterly disordered as to be almost meaningless; and the process of wealth-getting degenerates into a gamble and a lottery.”

So like David Levinson and Jack Hall of our movies, did Lenin have the prescience of what would happen a hundred years later? Was he the one man who foresaw the self destruct capability of Capitalism nurtured economic forces gone wild?

Acknowledgement:  Keynes on Inflation. Excerpts from ‘The Economic Consequences of the Peace’ by John Maynard Keynes, 1919. http://www.pbs.org/wgbh/commandingheights/shared/minitext/ess_inflation.html