How beauteous mankind is!

That has such people in it!

Shakespeare in The Tempest 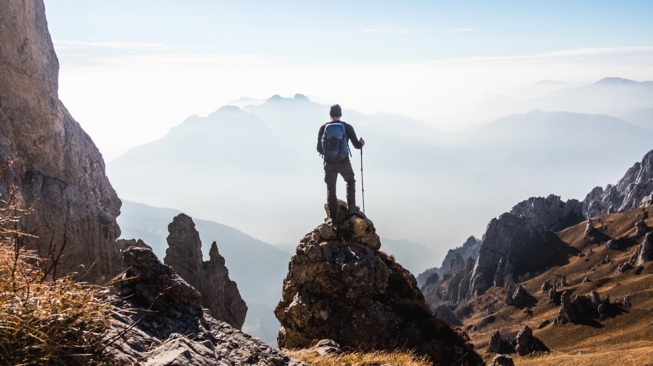 “But there is simply no need in the 21st century to be part of a federal government in Brussels……… It was a noble idea for its time but it is no longer right for this country. It is the essence of our case that young people in this country can look forward to a more secure and more prosperous future, if we take back the democratic control which is the foundation of our economic prosperity………. We can control our borders in a way that is not discriminatory but fair and balanced and take the wind out of those who would play politics with immigration.”

“We launched the Make in India campaign to create employment and self-employment opportunities for our youth. We are working aggressively towards making India a Global Manufacturing Hub. We want the share of manufacturing in our GDP to go up to 25 per cent in the near future.”

The signs are everywhere. Of Globalisation, the beacon that was destined to shape this century, suddenly dimming. Of ‘Walls’ being built to prevent the ‘Others’ read immigrants to come in and usurp work that rightfully is ‘Ours’. Of bringing back off-shored jobs. Of ‘reclaiming back’ what belongs to us.

Which brings us to Technology. Now technology has always been  synonymous with productivity and economic progress. From those early days of industrial revolution of the eighteenth century to the mass manufacturing assembly lines of the twentieth century to the global networks of the twenty-first. Over all this period, it has been technology that has created jobs.

Faced with falling economic growth and stubborn unemployment (and under-employment) levels, politicians have been quick to chase symptoms. So the big bad wolf behind joblessness and immigrant inflows is seen as the ‘open doors’ of Globalisation. The Close Sesame formula seems quite straightforward. Close the doors, bring back all the off-shored work and leverage all the right technology. And ‘Hey presto!’ the pathway to economic growth and job creation shall be ours.

So Globalisation, the job destroyer is out……… and Technology, the growth and  job creator is in. Or is it?

There is also the other paradox. Of how nations and people get to apply different yardsticks to Globalisation as applicable to oneself versus others.  So Donald Trump sees nothing wrong in the spread of American entertainment and fast food brands globally but hates work getting off-shored. And Britain, the creator of the Commonwealth group of nations worldwide, now prefers to go it alone within Europe. Prime Minister Modi and India cry foul when changes in work Visa rules threaten the country’s IT industry but simultaneously focus on ‘Make in India’ to reduce imports.

And finally there is strong evidence that technology in its present avatar of automation, networks, robotics and artificial intelligence no longer creates jobs, in fact quite the contrary.  It has become the destroyer of jobs!

Countries are witness to jobless economic recoveries. The world overall has seen productivity and economic growths far outpacing job creation. What this means is that companies and factories are able to produce more and more goods and services without the need to have more workers. What is it that is balancing the equation? Technology of course!

A major reason for the huge upsurge in start-ups is the widespread access to technology concurrent with the vanishing of  the traditional entry barriers relating to capital, workforce, infrastructure etc. One needs to merely read the stories of millennial entrepreneurs and their creations  like Jan Koum of WhatsApp and Mark Zuckerburg of Facebook to appreciate this.

What technology is also doing is shifting the wealth creation away from the workforce as they lose their indispensability and towards the entrepreneur controlling the technology. So the rich become richer and the Haves and Have Nots disparity continues to increase. In the US, we thus see 1% of the population holding 25% of the national wealth!

Finally, we are witness to the phenomenon of ‘tolerating people at work’. Not because they are intrinsically needed but because they work out cheaper in maintaining status quo compared to technology. So warehouses postpone introducing robotics owing to plentiful labour being available to do the work at low cost. Supermarket checkout counters continue to use clerks even though automation is available to do the job. What this of course implies is that there are growing numbers of people (immigrants, laid off workers, new entrants to the job market etc.) out there who are willing to work at abysmally low wages. Even the otherwise technology-mouthing Governments like it as this sustains socio-economic status quo against fears of disruptions which out- of- work populations might foster.

There are however strong indications that going forward the above compromise may no longer work.

Let me explain myself. It is fairly well known that technology gets governed by Moore’s Law. What this law states is that for every dollar spent the computing power (and the corresponding productivity) doubles every two years. Doesn’t seem much, does it? But hang on a minute! Do you know what this does to productivity over a period of time? Over two decades, the productivity goes up a thousand times. Over four decades, it goes up a million times! And computers and computing power have been with us for more than four decades now. This is the power of the exponential law which all technologies tend to follow. Which leads to the technology cost curves coming down fast and over time tending to become zero!

Another change that is being wrought by raw computing power is the unleashing of Artificial intelligence and machine learning algorithms on a scale unimaginable even a decade back. As you might have guessed, this is leading to machines performing complex tasks which have been the exclusive preserve of professionals. Like medical diagnostics on patients better than the best doctors. Or scanning and interpreting past legal judgments, written contracts and assess risks to make a legal recommendation better and faster than a lawyer. Over the next decade or so, no jobs could be considered safe from being taken over by machines.

Do you see what the above two aspects together would do? Cost of using technology for not only low end jobs but even complex work would keep on spiralling down towards zero. We can’t compete with zero marginal cost can we? The writing is clear on the wall. More and more of us are going to be laid off……. with jobs harder and harder to find. We humans are well on our way to technological obsolescence!

So as I gaze into the crystal ball, what do I see?

I see the process of human work obsolescence accelerating and societal structure changing beyond our wildest imagination. Due to key exponential technologies like the internet of things, machine learning and robotics converging together, wide vistas of traditional human activity have no longer the need for humans. Several projections indicate that over the next two decades, available jobs would decline by 50%!

I also see technology continue to remove money out of the equation by making products and services cheaper and cheaper. This in fact had been happening for a while. Did you know for instance that a one teraflop processor which used to cost forty six million dollars in 2000 now costs below fifty! And the smartphone which we take so much for granted has in fact replaced a plethora of stuff in our lives which would have cost nearly a million dollars a couple of decades back!

The downward movement of the technology cost curve would only accelerate. So a ‘Car as a Service’ future populated by Uber, Ola and the likes would ensure beggars would also be chauffeured around. The best surgeons would be robots working 24X7 with precision and the records of million past surgeries, at negligible charge. Cost of Housing too would fall dramatically as more and more folks work from anywhere in the world with avatar co-workers in virtual offices. Most people would enjoy energy independence through roof top solar panels and energy stored in vehicles. Rather than spending on energy, they would be earning through trading with the grid. And of course most education and entertainment would be available online for free.

So the future that I see hurtling towards us is of a world of people having little or no work, rather not needing to do any work, with an abundance of products and services available at low cost or free.

As Morpheus says to Neo in the Matrix:

“……This is your last chance. After this, there is no turning back. You take the blue pill—the story ends, you…. believe whatever you want to believe. You take the red pill……. and I show you how deep the rabbit hole goes. Remember: all I’m offering is the truth. Nothing more….”

Our Brave New World too seems to be a story of the blue and red pills allowing us a choice of the path we could take.

One road leads us to a virtual utopia. Inhabited by people fully able to realise their creative and innovative potentials. A world where people are uniquely free to follow their passions and creative urges. Where innovations are exploding every other day and unimaginable wealth is getting created. Where products and services are plentiful and available to all. Where being wealthy or not no longer matters. A world that has finally come to realise the socialistic dreams of Karl Marx and Lenin, but in a warped way.

The other way is to the land of dystopia. Of people lacking meaningful work and condemned to exist on the lower rungs of Maslow’s hierarchy. With not a hope in hell of achieving the higher rungs of potential. Of folks condemned to live on a Universal basic income provided by the Governments of the day. Of large sections of society feeling increasingly dispossessed and spiralling down into drugs, gambling, terrorism and similar madness.

As the anti-globalisation clamour becomes more strident, I am left wondering about the pill that we as Mankind are about to take. What is the kind of leadership we need that would point us to the right pill? Is our current leadership upto that task?