“One day our descendants will think it incredible that we paid so much attention to things like the amount of melanin in our skin or the shape of our eyes or our gender instead of the unique identities of each of us as complex human beings.”

On the screen, I hear the father of slain Indian student Anuj Bidve speak, “The world is finished for us – that is all I can say,” Anuj, a post graduate student , had been shot in the head  by a man describing himself as “Psycho Stapleton” in Manchester in a mindless act of violence. Seeing the old parents forlornly trying to cope with the loss of their only child, an indescribable feeling of sadness engulfs me.

The incident is being described as a Race attack. One of the many similar attacks that have plagued newly arrived immigrants and students in the UK, US, Australia over the years. Many reasons are up for debate. Is this an anger against new residents getting access to “scarce” resources which otherwise was the prerogative of the old community? Are these attacks a sign of increasingly disaffected youth with limited work and employment opportunities? Are these problems temporary and would “go away” once the incoming folks integrate with the community at large? Was the victim at the wrong place at the wrong time? There is much talk regarding strategies needed to reduce such race attacks through community development and deterrent police measures.

As I reflect, I wonder if these underlying beliefs about race attacks are not merely chasing the symptoms rather than trying to unearth the core cause. And if this be so, would the strategies being talked of be really effective?

What makes a person, without provocation, brutally attack and kill another fellow human? Is this from a distorted self image, itself a product of a distorted belief and need system? Or is it due to an egoistic self- centricity, a product of a selfish and materialistic world? To my mind, these aspects are responsible for much of the created sufferings in the world. These become the arrogant starting points that separate us from others. These make us feel that others are a threat and that the world is a hostile place. We get forced into undesirable behaviour – reacting to others’ words or actions. We end up needlessly competing, being envious or judgmental and feeling threatened by others’ successes. 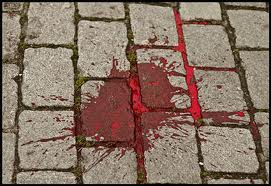 So what can we do? I believe the strategy needs to start from within. We need to look inside, increase our self awareness. It is this awareness that aligns us with our inner values and brings lightness and a sense of purpose. It is in this space that our ego starts subsiding. Freeing us from that endless loop of Desire and Dissatisfaction, Freeing us from that eternal hunt and chase mindset.

“What is tolerance?  It is the consequence of humanity.  We are all formed of frailty and error; let us pardon reciprocally each other’s folly – that is the first law of nature.”